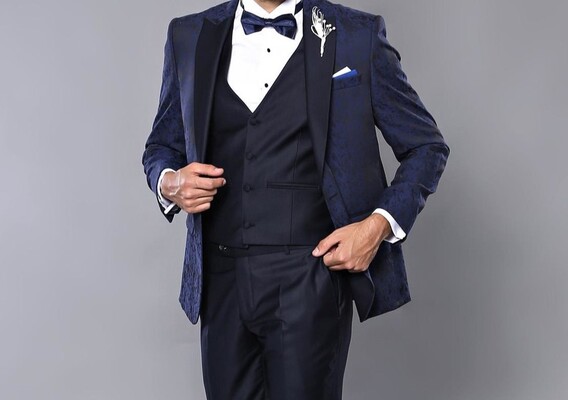 The History of the Navy Blue double breasted suit can be traced back through imperialist British history, particularly to the British navy. Life on Deck was often unhappy one for sailors, so the double-breasted jacket was a true gamer-change when it came along. One of the first known Double breasted jackets was the reefer, which was loved for its durability and warmth. With the option of being buttoned left side over right or right side over left, the innovative jacket kept sailors warm no matter what way the wind was blowing.